The Earth is How Old?

The sciences are riddled with a lot of misconceptions that change as we get older, but there’s nothing wrong with misunderstanding a concept or fact due to a lack of information!

What are some common misconceptions students have in the sciences?

Some misconceptions student within the Earth/Life sciences that we still hear today even from adults are: Where do they come from?

There everywhere from social media to even being taught in the classroom. You’ll see politicians spouting “It’s so cold outside, it would be nice to have some global warming right about now!” and that misinforms people to conflating weather and climate. You’ll even hear things about the “inaccuracy of carbon dating” as an attempt to discredit any conclusions from using it!

A can of worms to avoid is the obvious one – religion. A lot of misconceptions about the Earth’s age and human development do stem from religious texts and teachings. We need to be respectful of peoples’ beliefs, but let’s look at the emboldened Nature of Science tenant at the end of this blog,  scientists have seen through decades and in some cases centuries of research that there is a strong reason to believe these are the most likely explanations of our natural world.

There is nothing “wrong” with believing that human beings didn’t evolve from other animals – does it really matter in every day, 9-5 life? But, to understand speciation and evolution as a whole in a science classroom, we have to operate under the notion that they did.

How do we deal with them? 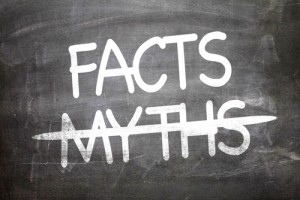 It is important, though, as teachers, that we help students alleviate these misconceptions as we move forward not only for sake of them knowing what’s “right” or what’s “true” but because they can’t synthesize new, compounding material if they cannot understand the basics – #constructivism, right? The best way to do this, I think, is through utilizing the Nature of Science in the context of those misconceptions, the three most critical of which I think are:

Instead of just telling students (or even adults) that they’re wrong about the misconception they hold and informing them of the right answer, help them understand why scientists have come up with the conclusions they have and why they are so reliable.

This entry was posted in Misc, Strengths in Science Classrooms. Bookmark the permalink.

8 Responses to The Earth is How Old?