You’ll Believe God (and the future scientist) is a Woman

Think about a scientist. What do they look like? I can almost assume that most people imagined the stereotypically white, male scientist we see in every textbook and movie. 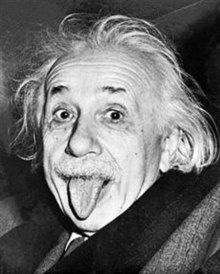 Often times, we neglect thinking about scientists who are women and/or of color because it has been shown to us, since our first science classes, that science is dominated by white men. Don’t believe me? Here’s some statistics from ngcproject.org:

Now these numbers should cause some discomfort. STEM has always been a predominantly male field that we’ve learned to accept when we were just children. According to ngcproject.org, boys and girls both succeeded in STEM related classes when in K-12 education but once higher education began, gender disparities came to the surface. In 2012, as little as 11.2% of bachelor degrees in science and engineering were awarded to minority women.

What can we as future educators do to help?

Before getting into how future science teachers can help to encourage women and minorities to go into STEM, here is a TEDx Talk from scientist Nicole Salazar:

It all comes down to EQUITY, which is the quality of being fair and impartial. Many people think that equality for women and minorities is needed in STEM, but in reality it’s based on equity, which is giving everyone what they need to be successful.

Curiosity in science starts from the minute students begin exploring and learning about the world. Using STEM activities, that are hands-on, will fulfill this need to explore and might be more fun than just reading the textbook and answering questions. Also, exposing them to scientists and engineers that are women or minorities will show them that everyone can be a scientist versus just showing the same picture of Albert Einstein with his tongue out for the 80th time.

According to weareteachers.com, here are 5 things teachers can do to encourage more girls and minorities to get interested in STEM

This entry was posted in Equity. Bookmark the permalink.