Have you seen this?

This is a new (2017) Lego set that was released just this year honoring important women in NASA history. Nancy Grace Roman, Margaret Hamilton, Sally Ride, and Mae Jemison. What’s interesting is that these women all made strides in NASA in before 1993. It is nearly 24 years later and this is one of the first Lego sets that showcases solely important women in STEM (or solely important women in any aspect). A children’s toy company getting this out into the hands of today’s youth is a great way to bring attention to women in STEM, but this should’ve happened many years ago.

This shows that while we are finally starting to bring forth the issue of women not representing STEM fields as much as men, we still have so much more to do. Spreading awareness and encouraging our children and students is the best way to ignite the fire.

To put it in perspective:

-Rosalind Franklin played a role in the the discovery of the DNA structure, yet was not credited at the time Watson and Crick received the Nobel Prize in 1962.

-UK patent applications review revealed that 94% of inventions in the field of computing, 96% in automotive applications and mining, and 99% in explosives and munitions, were by men

-Of first-time college freshmen interviewed in 1996 by the Higher Education Research Institute, 20% of men planned to major in computer science and engineering, while only 4% of women planned to.

-A large number of women graduate in STEM subjects but fail to move onto a STEM career compared to that of men in 2012 (Scotland). 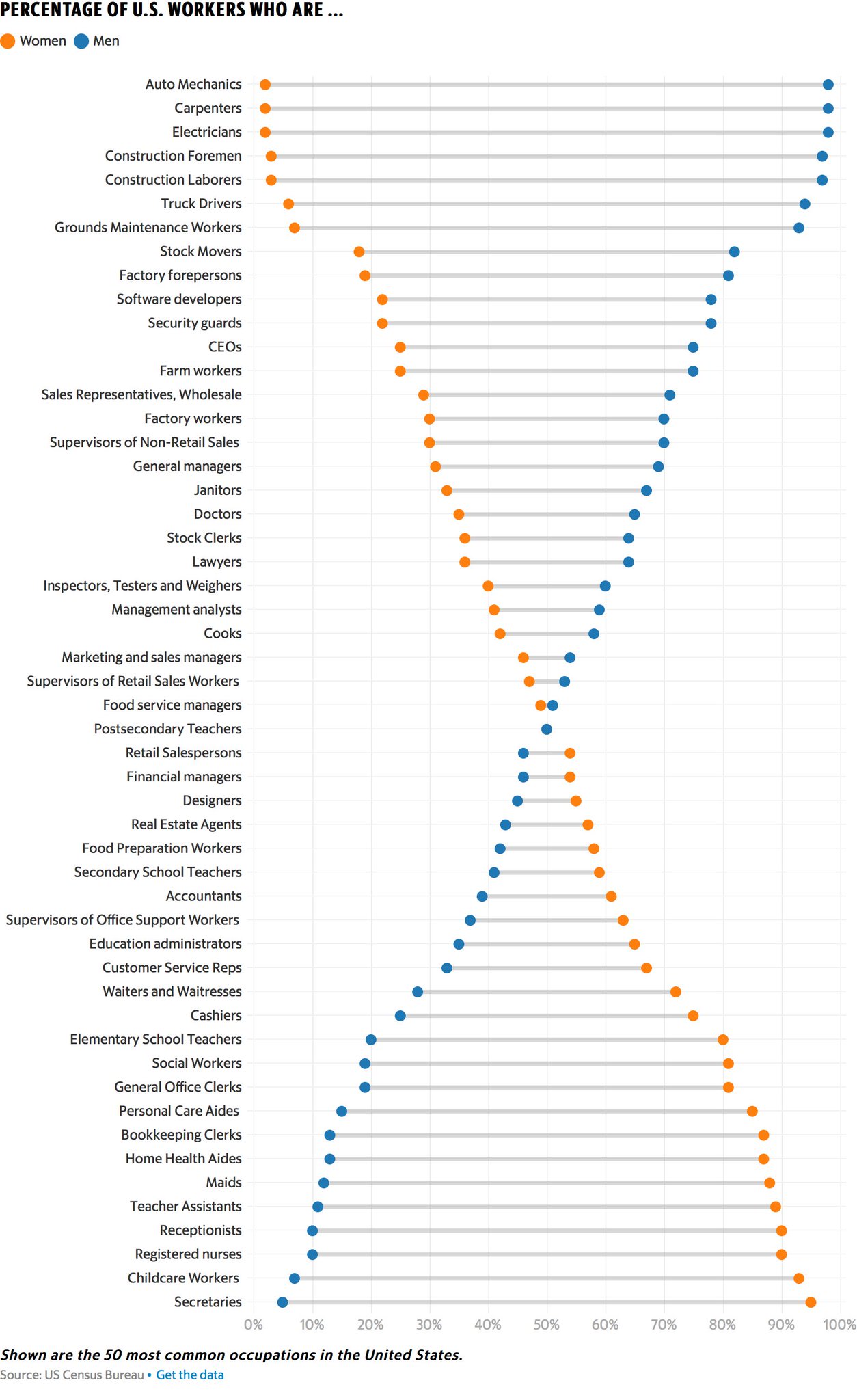 ^US Census Bureau’s data on the divide of gender’s in common careers. Take note of the jobs at the bottom end of the list (80%+ women) versus the top (80%+ men)

Why So Few? Women in Science, Technology, Engineering, and Mathematics

^This article discusses the issue of under-representation of women in STEM careers and gives more insight on what you can do to ignite a change in these statistics.

^A woman with a career in STEM speaks about how she feels sh is a rarity, and why that should change.

Honored to be in the @MediaplanetUSA #WomeninSTEM issue! My interview on why we should retire the phrase “weather girl”: https://t.co/pkulej3yTf pic.twitter.com/OvX8XQOf5R

^An interesting perspective on reforming the phrase “weather girl” to refer to female meteorologists. Weather girl degrades the fact that she has a STEM major and is a scientist.

*How can we make strides to change this inequality?*

Engage: Take the time to research information and statistics on women in STEM. Provide your students with this information frequently to spark interest and raise awareness. You can also hold class discussions about what students want to do in the future and what they are interested in. Take their feedback and find summer programs or scholarships they can apply for to help get them started.

Empower: Encompass multiple disciplines in your lessons such as incorporating engineering in a physics lesson by having students build egg cars to absorb the force of an impact on a wall. Showcase their uniqueness and creativity in their experiments/creations/ work to shows them that they are intelligent and capable of achieving great things in stem.

Ignite: Be an advocate for women in STEM. Take the initiative yourself. If your school doesn’t have relevant programs or clubs, start them yourself. Start a women in STEM club, create your own lesson plan to showcase important women in STEM history and their contributions to science, or anything else that could spark interest in STEM careers for your students.

5 Responses to Issues Rooted in STEM